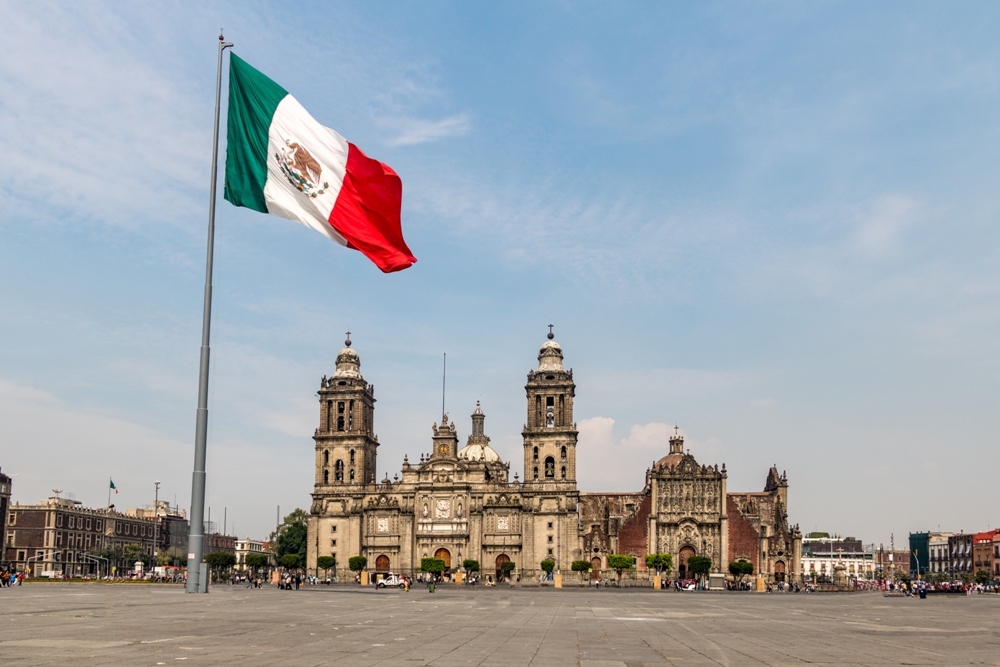 A Visitor’s Guide to Mexico City, Mexico – Mexico City is a history-lover’s dream: culture, heritage, exquisite cuisines, and historical monuments abound in this city that was built over top of Tenochtitlan, the capital of the Aztecs. In the southeast corner of the center of the city lies the Zocalo, or pedestal of the city. This is a town square like many cities in Mexico have; however, the Zocalo of Mexico City is the center of their unique history.

Founded in 1325 by the Aztecs, they called this city Tenochtitlan for “among the prickly pears,” or more literally, “growing among rocks,” because, even with all of the rocky terrain, their fauna was lush, and their peoples flourished. Upon their arrival, the Spanish were greatly impressed by the sheer beauty and order within the city.

The Zocalo in Mexico City is built on the spot where it is said that Cortes met Moctezuma, the emperor of the Aztecs, in 1519. When the Spanish conquered the Aztecs in 1521, Cortes decided to model the new city holding true to Spanish style: The Zocalo in the center of the city, with the sides of the square occupied by buildings representative of colonial powers, namely, houses of government and churches. Before he could accomplish this renovation, however, he had to destroy the buildings that were already standing. It is upon these ruins that Mexico City was built. The city, whether known by Tenochtitlan, Distrito Federal, or Mexico City, has been the capital of this country throughout the entire known history of the region, as well as the hub of the country’s politics, economics, and culture.

Mexico City is one of the world’s largest cities, and with a history that dates back more than 700 years, it is arguably intimidating perhaps – but, regardless of your means, there are so many things to see and do. Money is no object, nor barrier, to this fabulous destination.