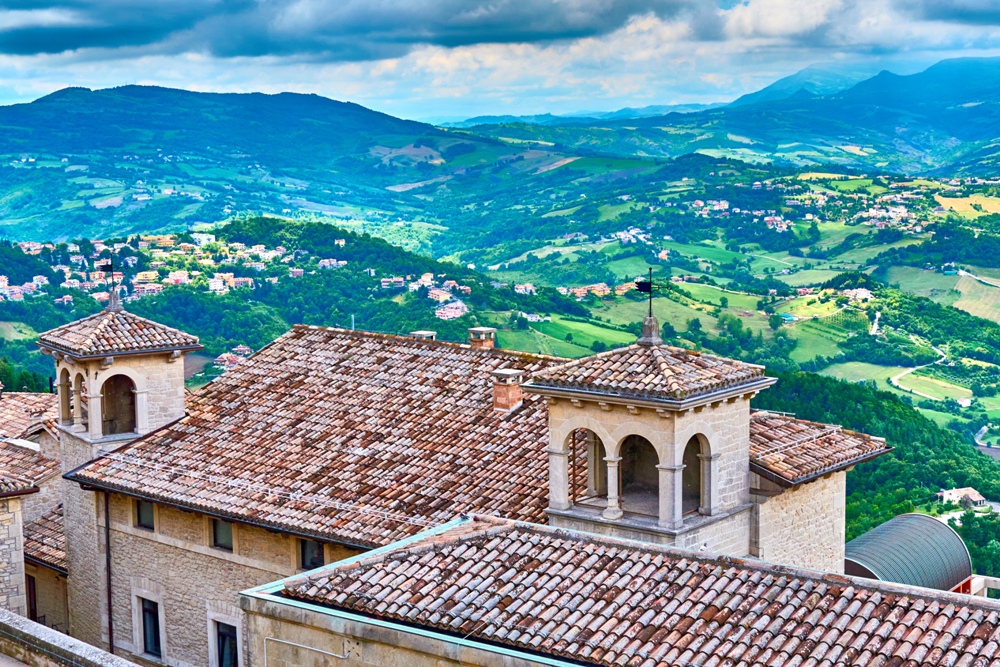 Throughout history there are many regions which have sought sovereignty only to succumb to the amalgamation of their land with that of the surrounding regions. San Marino, on the other hand, is one state that has held onto its independence and autonomy throughout centuries.

Local legends speak of a refugee named Marinus, a stonecutter of Dalmatian descent, arriving in Rimini. He came with nothing but his trade. He had made no plans beforehand as to where he would stay or with whom, and as fate would have it, he found shelter at the top of Titano Mountain. At the top of this mount, he founded a community of likeminded believers, both religiously and otherwise, who were also fleeing the persecution from Diocletian, the Emperor. The ruins of his community are said to date to the year 301 AD. Marinus was soon appointed as a deacon by Rimini’s Bishop, but died soon after in 366.

The earliest actual document pertaining to San Marino dates to 885 and describes a quarrel between an abbot of San Marino and a bishop from Rimini. In this document was the proof that this region had been the property of Marinus’ original people, the people of San Marino, always. It also stated that the region was to remain in their charge. The first governmental documents relating to San Marino date to 1243. The region’s first statutes were written ten years later and to this day still stand as San Marino’s governing legislation.

Throughout the following centuries, many attempts were made to either encroach upon or expand San Marino’s territory. Rather than wage endless wars in an effort to obtain as much land as possible, they instead fiercely protected what they already owned and designed perfect alliances with neighboring regions. Over time, this enabled San Marino to obtain control over a neighboring 125-square-mile region; however, it was not without war. This singular war was fought against Rimini’s Malatesta family, and thanks to the support for San Marino by the Pope, this addition to the lands of San Marino was the first and the last. San Marino’s methods of self-governing have worked for nearly 2000 years.