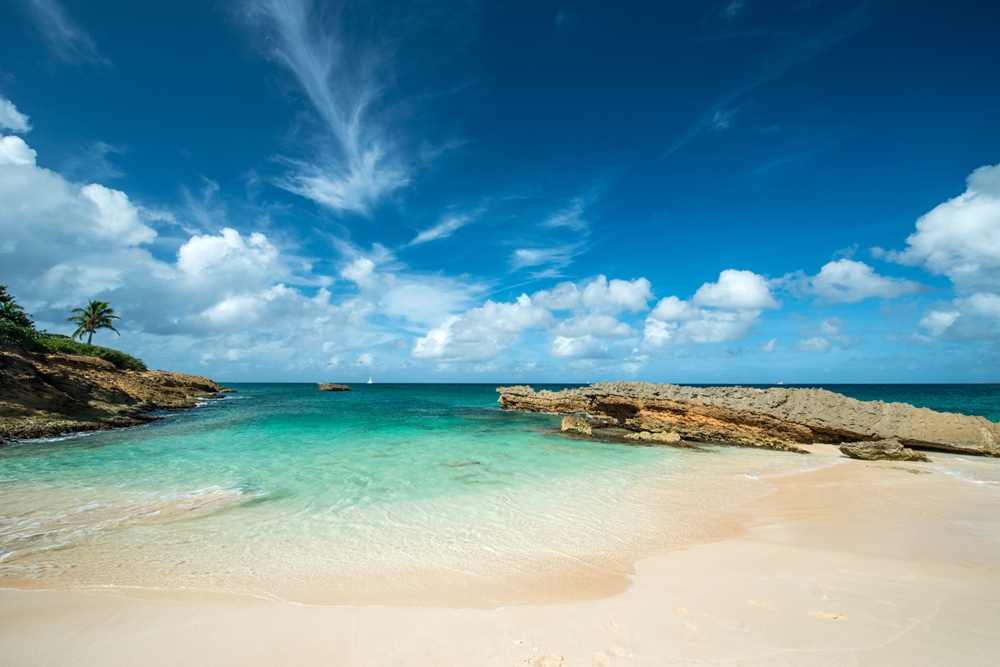 Anguilla is a place unlike most other ancient sites.

This island was originally known as Malliouhana, an AmerIndian term for a sea serpent shaped like an arrow. When Europeans first arrived, they renamed the island Anguilla, because of the elongated eel shape of the island.

The history of Anguilla that is known began about 4000 years ago. This is when the first AmerIndian cultures from South America first began to arrive. They were hunters, fishermen, and farmers, successfully living off the land and what it had to offer. They soon developed several villages with surrounding farms.

Throughout the next 3000 years, various tribes would call this island their home. Several of these tribes were quite religious, among them the Arawaks. Their beliefs were lofty, having to do with the sun and the moon, while also grounded, as two caverns held a sacred place within their society. It is from within these two caverns that they believed that all men came. These two caves – Big Springs and The Fountain – still exist today; in fact, The Fountain is considered the best preserved site for ceremonies in all of the Eastern Caribbean. The site features petroglyphs, bowls for offerings, and a natural stalagmite that these people carved into the likeness of their Supreme God, Jocahu.

By the 19th century, Anguilla had a thriving economy surrounding their plantations. Some of its main exports were rum, cotton, and mahogany. While they attempted farming and other agricultural means of generating income, erosion of the soil and unpredictable rains meant farming was not an option. Over time, the strength of their plantations diminished, employing fewer and fewer people, until finally plantations were all but forgotten and the people turned to private proprietorship, fishing, or sailing the waters.

In May of 1967, the peoples of Anguilla celebrated their independence of the royal St Kitts Police force. Britain interceded and created a peace-keeping agency. If Anguilla was allowed to secede would continue to be in negotiations for fourteen more years until it finally became its own territory in December of 1980.