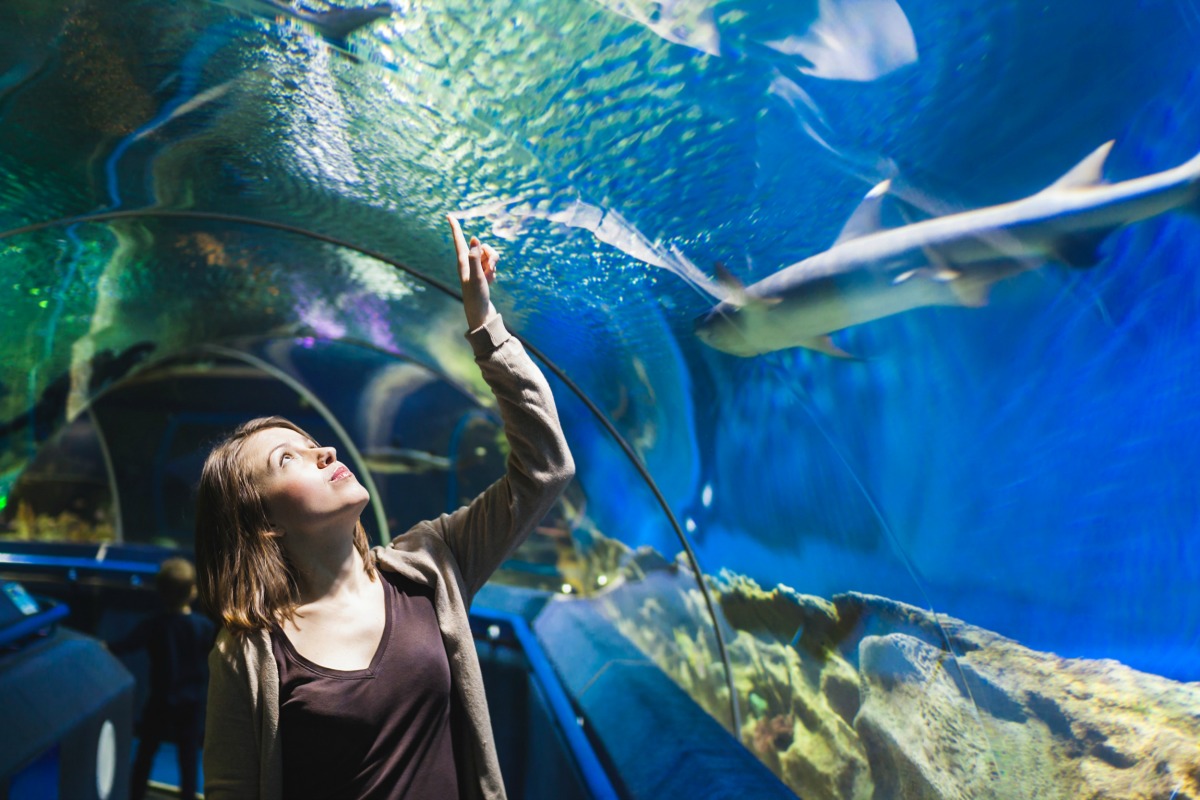 Everyone loves Ripley’s Believe It or Not…

Just southeast of the CN Tower in downtown Toronto, you will find the Ripley’s Aquarium of Canada. One of three locations owned and operated by Ripley Entertainment (the other two are in Gatlinburg, Tennessee and Myrtle Beach, South Carolina), this location features a number of aquatic exhibits, a walk-through tank, 13,500 exotic sea and freshwater specimens and more than 450 species. The aquarium holds 1.5 million gallons of water and hosts marine and freshwater habitats from all over the world.

The nine unique galleries in the facility include:

Exhibit which features animals from all the bodies of water from around the country of Canada. The gallery is home to 17 separate habitats to accommodate the animals featured in the exhibit. These animals include largemouth bass, American lobster, wolf eel, lumpfish, and China rockfish.

The Rainbow Reef feature focuses on animals from the Indo-Pacific water regions. This is perhaps one of the most colorful galleries in the exhibit. Species in this exhibit include but are not limited to Picasso triggerfish, emperor angelfish, pajama cardinalfish, and unicorn surgeonfish. The exhibit also is popular due to its interactive dive show.

The Dangerous Lagoon is an underwater tunnel with a moving sidewalk, which is the aquarium’s largest tank. This is popular with visitors because it allows them to have an underwater experience without being in the water.

The Discovery Centre features various hands-on activities such as underwater viewing bubbles, a pop-up research submarine and a touch pool which allows visitors to touch living fossils. The Touch exhibits are popular with visitors because they allow guests the opportunity to touch the skins of various aquatic animals with the help of aquarium employees.

Mother Nature’s Art Gallery features some of the most delicate underwater species from all over the world. This exhibit features six salt water and three fresh water exhibits including:

The Aquarium is located on Brener Boulevard, south of the CN Tower.

It is accessible from the Union subway station via the SkyWalk pedestrian pathway. There is no parking available on-site, but there are several public garages nearby. Information regarding admission and hours can be found online at ripleyaquariums.com.