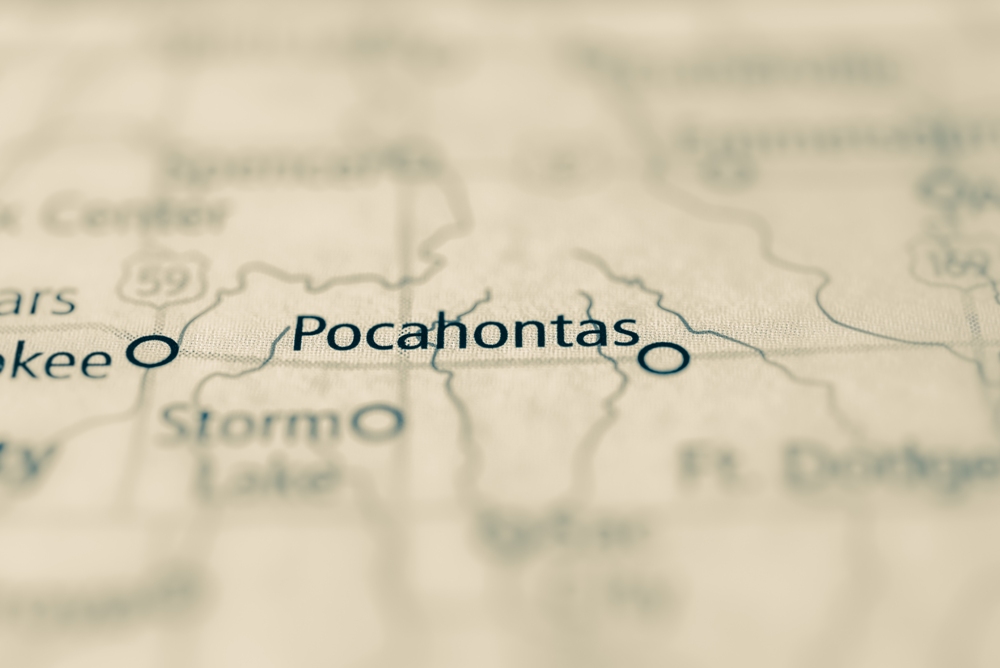 Albert Shaw, a senator from Iowa, was vacationing in Minnesota during the summer of 1950. While there, he learned of a taxidermist who was creating “monuments” at his home. Shaw was so entirely impressed that he decided that his hometown – Pocahontas, Iowa – deserved to have a monument of its own, and for obvious reasons.

Shaw decided to find out who this taxidermist was. When he found Warren Ballard, he hired him to create a monument to Pocahontas, the princess of the Tsenacommacah and namesake of his hometown. Unfortunately, Shaw died of a stroke very soon after their meeting.

If it were not for two of Shaw’s sons, the idea for the monument might have perished with its dreamer; however, Frank and Albert Shaw, Jr. knew what this had meant to their father, and came across the original sketches that Ballard had created. Using these sketches, Shaw’s sons proceeded to create the monument that still stands today. Pocahontas was set into place in 1954 using a crane that was attached to a small metal loop on top of her head. She was placed on Highway 3 at what was once the busiest entrance into Pocahontas, Iowa. The sculpture has survived the passage of time incredibly well, and aside from occasional painting, she has required virtually no maintenance.

The teepee that the statue appears to be gesturing towards is not the original teepee. The original one had a gift shop inside, but was torn down in the late 90s and was replaced in 2014 with a smaller version, minus the gift shop. Many of the stores in town sell Pocahontas wares, however, if you are so inclined.

Interstates have reduced the traffic on Highway 3 to nearly nothing but locals; however, it is worth a stop. You’ll find the statue at the end of Elm Avenue, near where Highway 3 intersects with Highway 4, and admission is free.