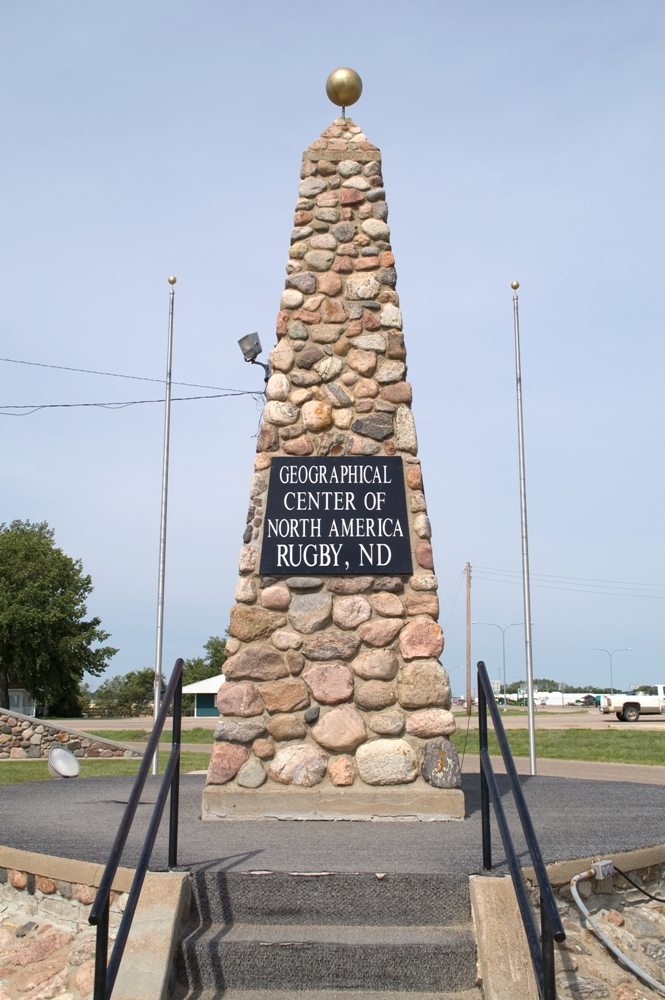 In 1931, Rugby, North Dakota, became the self-proclaimed center of geographical North America. The spot is marked by a monument that stands fifteen-feet-tall, surrounded by flagpoles.

But even locals never believed it.

In fact, says one, Rugby simply claimed the title after a USGS survey placed the North American center somewhere to the south of Rugby. Rugby claimed it just the same.

A town named Robinson, which just happens to lay to Rugby’s south, is actually much closer to the real geographical center; but, Rugby got to the claiming first. A Robinson local, its mayor, states that he and some buddies took their own scientific measurements, placing the actual geographical center right beneath an iconic local landmark – Hanson’s Bar.

In 2015, Robinson’s mayor, William Bender, issued a proclamation, claiming the title for his town, which had been unrightfully claimed by Rugby. His calculations placed the geographical center of North America less than eight feet south of Hanson’s Bar – placing the point on the floor of the bar and framing his declaration to be hung on the bar’s wall.

Mayor Bender didn’t stop there. He wondered if the actual, trademarked title – Geographical Center of North America – had been claimed by Rugby. It had. But trademarks have to be updated every so many years, and in Rugby’s cockiness, they had allowed their trademark to lapse in the late 90s. Mayor Bender promptly registered it for Robinson. The ease with which he was able to legitimately claim the title for his own town made him much more confident in the fact that Rugby had simply claimed the title without much care if they were right or not. The actual legal document from the trademark office hangs on the wall of Hanson’s.

Hanson’s Bar is located on Main Street in Robinson, North Dakota. In the summer, the bar is open daily from 4 pm till 2 am, and in the off-season they are open same hours but just Thursday through Saturday. Even if they are closed, if you call the mayor at 701-392-9333, and he is nearby, he will come open up the place so you can have a look around. Heck, he says he might just buy you a beer, too.