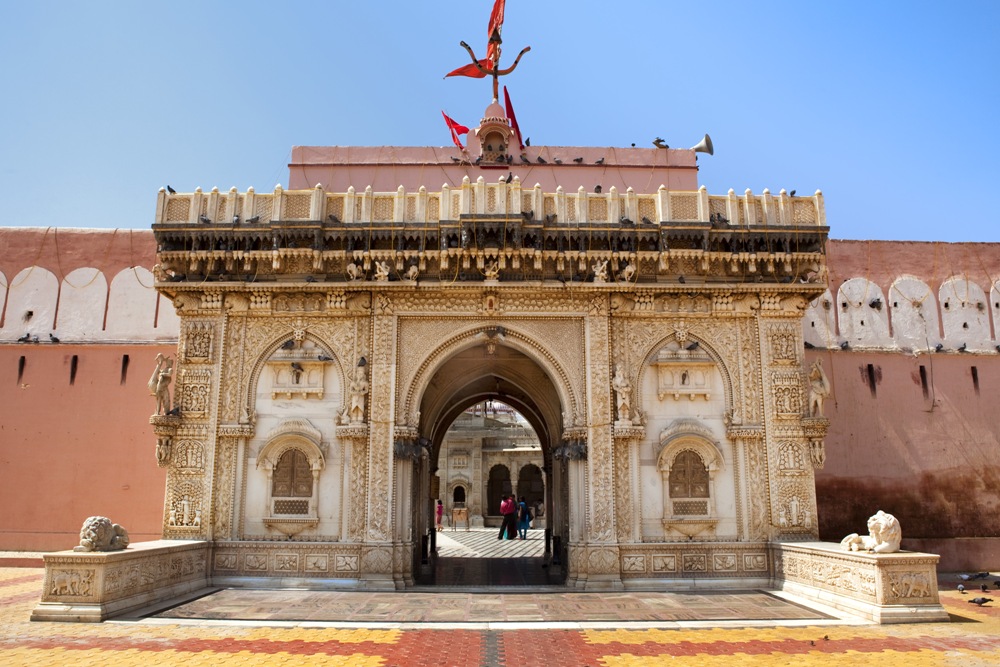 India’s rich culture owes much of its tradition to the integral role that religion plays in the everyday lives of its people. Every religion has a way of appeasing its God, and nature always plays an inseparable role in the means of worship. Sometimes, various animals are sacrificed in the name of that God, and other times, the animal is worshipped as another form of the God. The latter is true at Karni Mata Temple.

Of the many legends that surround this temple, there are two that have stood the test of time. According to one, an army of 20,000 soldiers fled from the battlefield and took shelter in the Karni Mata Temple. The temple granted them their lives, but because of their cowardice, they were forced to remain in the temple, rats for all eternity.

The other legend says that the Karni Mata’s son drowned while trying to drink from a lake. Karni Mata sent a God to revive the boy. Upon doing so, the God granted that all Karni Mata’s male children would reincarnate as rats.

The temple was constructed entirely of white marble. There are various statues, one of the most prominent being that of the Karni Mata herself touting a trident, and of course, the entire temple is overrun by rats. All of the doors are silver and depict the various legends that surround the temple.

There are more than 20,000 rats who reside inside the temple. Visitors are strictly forbidden from harming the rats; in fact, various nets and other items have been implemented in an effort to ensure the safety of these animals. When someone does happen to harm one of the rats, whether intentionally or by accident, it is expected that the individual will replace the animal with a Khaba of gold or silver in the same shape, weight, and size of the animal itself.

People often bring food for the rats as a type of offering. It is highly considered to be an honor to eat this food that has been first tasted by the rats. While some people may not view this as a hygienic practice, it has created quite a sense of respect for these often misunderstood animals.