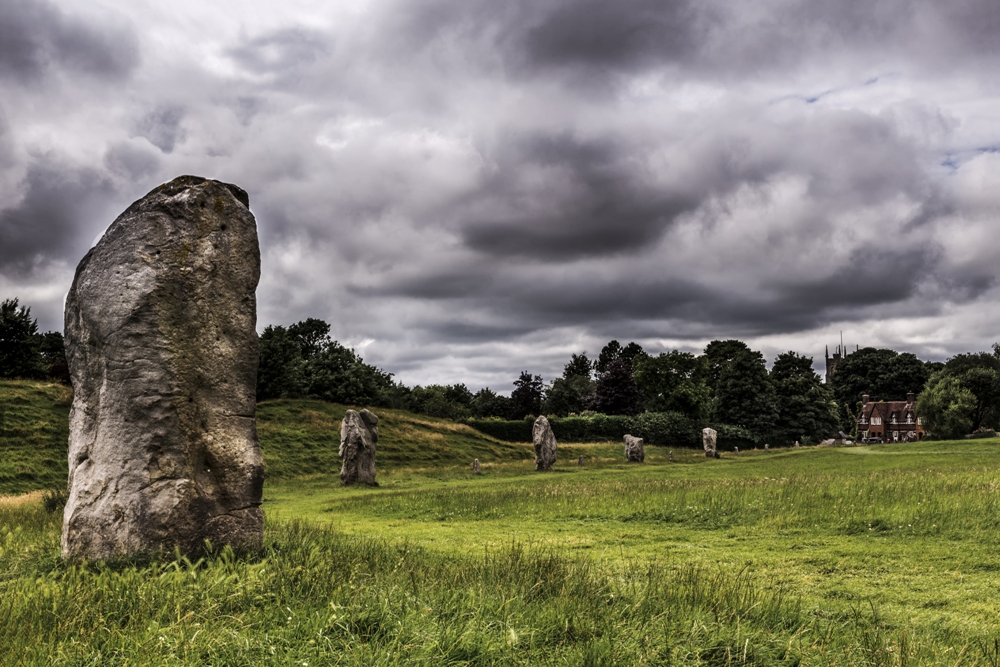 The World Heritage Site at Avebury is one of Neolithic Britain’s amazing surviving ceremonial sites. The sequence in which the various mounds, ditches, circles, and banks were built is unknown.

So as not to disturb the site, very limited excavations have been performed. Thanks to more recent geophysical studies, as well as aerial, it is known that there were once many more features here that have been lost to time. It is thought likely that circles of timber and other structures may once have filled the inner area prior to the circles of stone, in much the same way as other henge sites around Europe, such as Stonehenge.

During one of the stages of construction, there were two roads of stone built linking Avebury with sites around the region, such as Overton Hill and Silbury Hill. The general idea that has been gleaned from what has been discovered is that these mound areas were for celebratory rituals involving processionals, inclusions, and exclusions. If this is the case, then these were most likely used as a public theater for the ceremonies that gave their lives some sense of order.

The time in which the monument and its two roads were built was so long, it suggests that the reasons for it at its inception may have gradually changed, along with the rituals practiced therein, which caused its eventual abandonment.

Many of the stones were buried and/or destroyed during the Middle Ages, when it is thought that their use was turned toward paganism and devil worshipping. Agricultural developments led to the removal of more of the stones but, thankfully, early maps made by historians like John Aubrey left clues as to the site’s original layout.

Today, visitors can get a glimpse of what the original Avebury site may have looked like. This is, in part, thanks to Mr. Alexander Keillor, heir to the fortunes made by his family’s Keillor Marmalade. He purchased the site in the 1930s, clearing away many of the buildings that had been erected and resetting many of the sites original stones. Today, the site is protected by the World Heritage Group and is a designated site.