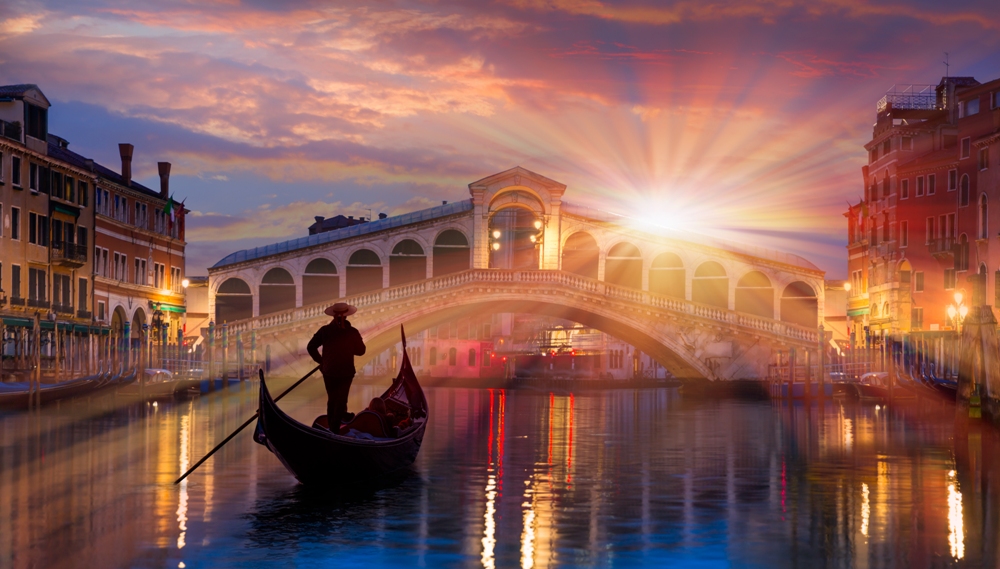 When your plane lands in Italy, you will take a short ride on an airport boat that will take you either right into the city of Italy or it can take you directly to your hotel. This will cut down on your traveling time and will afford you more time to spend learning about the history and culture of Venice and more time to see the many different sights.

Venice was founded in the tenth century B.C. and, although it is considered a city, it is actually 118 islands that are all connected via canals and bridges. On the main islands cars are not allowed. Locals and tourists alike take boats to and from where they need to be. There are water taxis that you can take to your location, or you can experience the city on foot, checking out some of the area’s many churches. Of these sights, the San Marco and the San Pietro Martire are among the most breathtaking.

You will not be able to miss the San Marco, as you ride up to the main piazza in Venice. This is one of the most remarkable structures of Byzantine architecture. This church touches the Doge’s Palace and was originally the chapel for the Doge. The structure was finished in 1094; however, the adornments for which it is famous were not added until the fourteenth century. The horses that you will see once inside were originally placed directly on the Basilica in 1254.

Before you head back to your hotel, be sure to take a boat out to see the San Pietro Martire, located on the famous island of Murano. This structure was dedicated to John the Baptist and was built in 1363. Unfortunately, this church fell victim to a terrible fire and had to be rebuilt in 1511. Inside the church you will see its original stone pillars, along with its original ceiling; however, the church’s highlights are two paintings originally intended for the palace of the Doge that were painted by Bellini.

Wherever you choose to head on your vacation to Venice, you are sure to see aspects of this Italian island city that you probably have only read about. Bring the family and create a memory of the culture that can only be found in Venice.