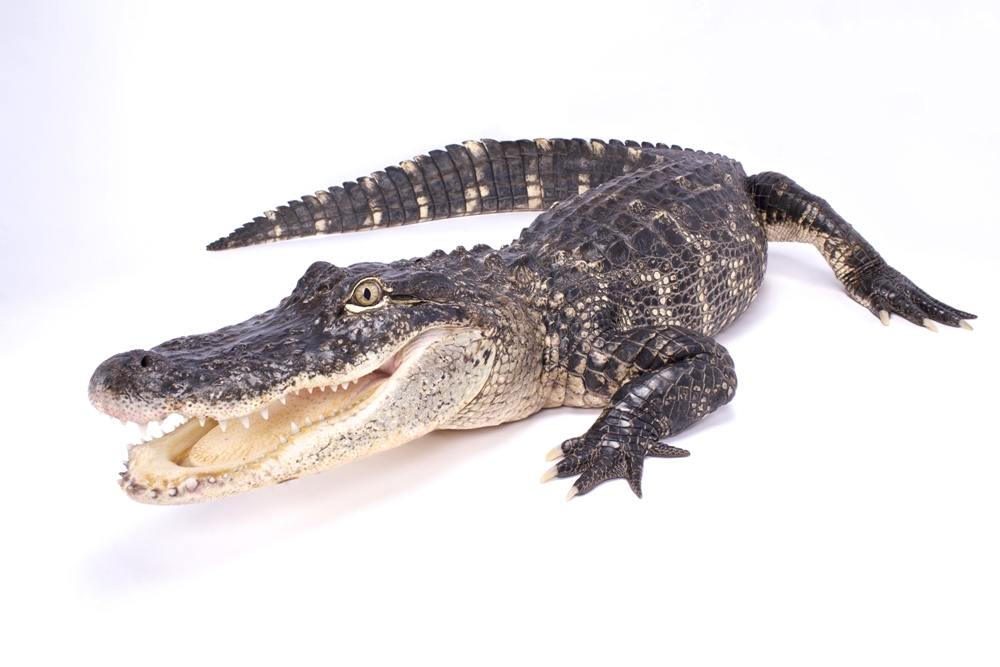 While known for milder things, like strawberries and American flags, Ponchatoula, Louisiana has a toothy mascot in the center of town that gives this community its edge.

This mascot is known as Ol’ Hardhide, and he came to win the hearts of Ponchatoulans in 1972. In those days, his home was outside an ice cream shop in a fenced-in pool. He became so popular with the locals that the then-mayor decided to adopt the alligator as an ambassador to the city. He was promptly moved to the center of Ponchatoula and was given a newly-built, custom cage. His popularity only grew from there.

The original Hardhide passed away in 1985, but he had become such a staple in the town that his “funeral” was attended by more than 2,000 locals and others who had known him. A bronze plaque commemorating his life was placed upon the outside of his cage. A nearly-unbroken chain of replacements has followed in his footprints, always known as Ol’ Hardhide.

Because alligators had been put on the Endangered Species List in 1973, some individuals believed that Hardhide shouldn’t have been kept within a cage. While there was a public outcry for a little while, the city won out, stating that there was no harm coming to the animal and too many people had grown used to this exotic addition to their town.

In 2012, the town refurbished Hardhide’s quarters completely, introducing indigenous plants to the cage, as well as a roof for shade, and even a sprinkler system for when he wants to cool off in style. Visitors throw coins into a pool within the cage which are promptly collected. Hardhide even has his own bank account into which the proceeds are deposited. He wants for nothing, kept happily fat on a nearby farm’s chicken meat.

Hardhide’s got it made as the ambassador of Ponchatoula, but now and then he does require some solitude, so if you visit and you can’t see him, rest assured – he’s simply basking in the shade from the glow of his fame.

You can find him on Pine Street in downtown Ponchatoula.