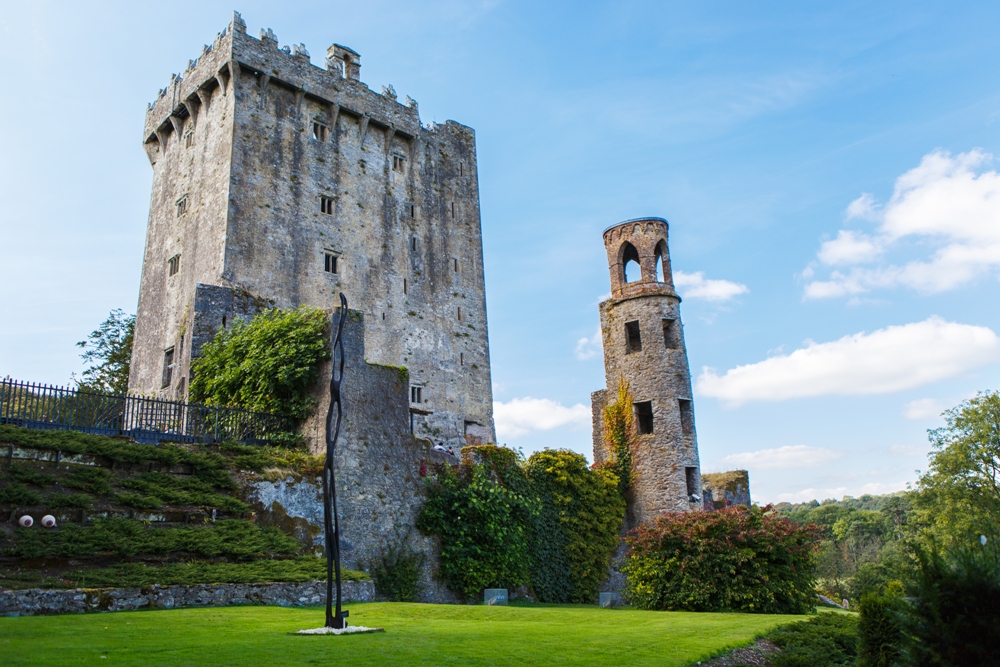 1You may think that the story of the Blarney Stone is myth, but you wouldn’t be entirely correct in that assumption. For more than two centuries, statesmen, literary geniuses, and silver screen movie stars have made the pilgrimage along with millions of others, to climb the legendary steps to kiss the Blarney Stone, gaining the gift of eloquence. The powers belonging to the stone are still a hot debate.

The current Blarney Castle is actually the third one to have been constructed on the site. First constructed in the 10th century, the original Blarney Castle was constructed of wood. In the early 1200s a new structure was built, the entrance of which was a little over 20 feet off the ground, facing the north. This version’s foundations began to give way, and was consequently demolished. In 1446, the King of Munster built the third and final Blarney Castle, of which the keep still stands.

During the castle’s heyday, visitors wishing to kiss the stone had to be lowered down to it, over the castle’s battlements, head first, while someone held them by their ankles. Today’s visitors don’t have such a hard time. The stone remains in the same wall in which it has always been. Today’s kissers of the stone simply lean back from the walk on the parapet while holding onto a railing of iron. The bending is worth it, as many believe the stone really does bestow eloquence as its gift.

The stone’s origin remains debatable. Some legends say that it was the pillow of Jacob and was brought to the region by Jeremiah, the prophet. Others believe it was the pillow of St. Columba while he was on his deathbed. It is believed that it was then taken to Scotland where the royal family used it to determine royal succession, and was known as the Stone of Destiny. Once in Ireland, the stone became one used for works of an oracle nature by the Irish kings.

Others still, claim it is the stone that gushed water when Moses struck it. Regardless of its origins, the power of the stone is real to many, and the current caretakers of the castle believe that a witch who was to be drowned but was saved, revealed the nature of the stone to the royal family at Blarney Castle.

Blarney Castle is open daily from 9 am to 6 pm, but closes at 5:30 pm on Sundays. A family of four can gain admission for only 35 euro.