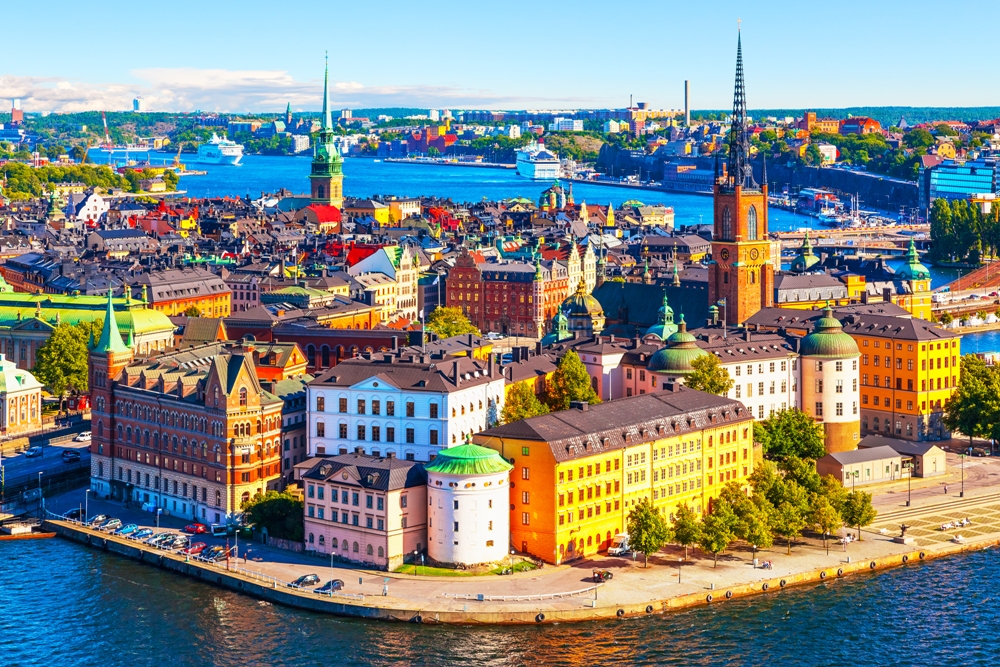 The capital of Sweden, Stockholm is a trade and commerce center. It is located in a group of islands in Lake Malar near the Baltic Sea. Stockholm’s charm lies in this geographical placement. You’ll see astonishing views; everything from towns on the sea and steep cliffs to the complexity of the various waterways. Perhaps the most intriguing sights of all are the three UNESCO Heritage Sites – Birka, Drottningholm Palace, and Skogskyrkogården Cemetery. In addition, Stockholm is also famous for its art galleries, theaters, museums, and Nobel Institutes.

Getting around the city is quite simple, as modern subways take you anywhere you’d like to visit. There are also buses and taxis that are affordable. In the interests of speed, the subway will get you where you want to go faster than these methods; however, many people actually choose to walk the city. If you want to fully appreciate the beauty of Stockholm, walking or bicycling through the city is your best bet. There are even bicycling lanes on all major roads so traffic will not be a bother. Stockholm is a forward-thinking, “green” city, so walking and cycling is encouraged.

In this portion of the city, you’ll see architecture dating back to the 1100s mingled with new coffee shops, eateries, and boutiques. If you have never been to this city, others who have recommend this as your first stop. It’s a great way to immerse yourself in Stockholm’s rich heritage and get to know how the city became what it is today.

Known as the home of the city’s royal bloodlines, Drottningholm Palace is located just outside of Old Town. There is always a chance you may see the Queen on your visit; however, she no longer resides within the palace and instead has her own residence on the palace grounds. Drottningholm is one of the largest palaces in Europe, with over 600 rooms and five museums.

Sweden was once one of the grandest empires in the world, and these sites and more invite you to see for yourself how it has changed over the centuries into the great modern city it is today.