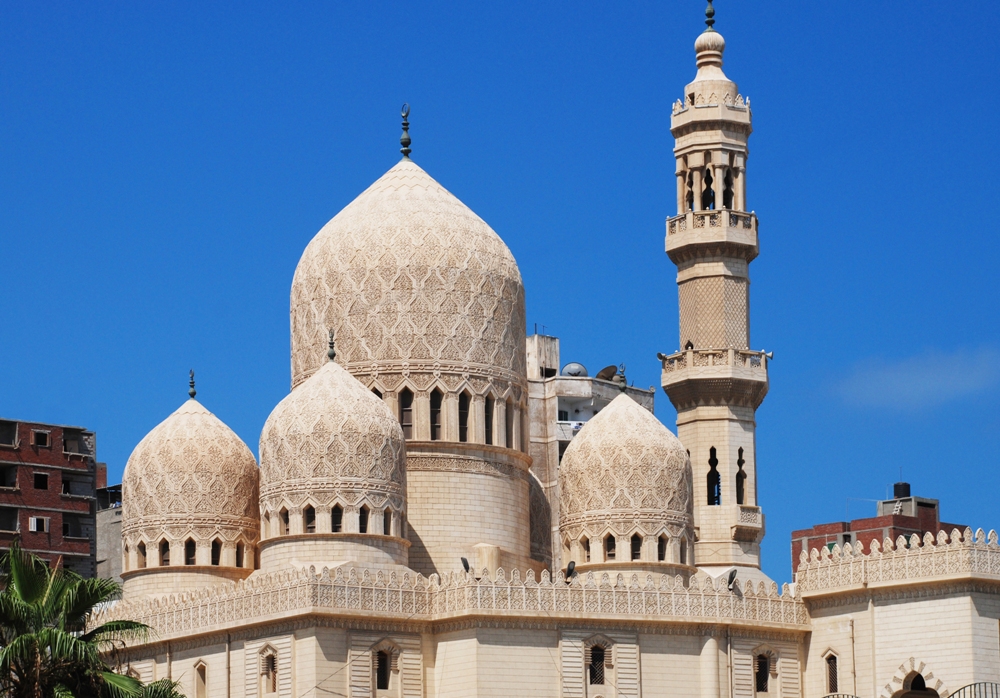 Numerous Islamic dynasties at different periods within Egypt flourished. Kings and Sultans alike desired to bring beauty to this country, each contributing a touch of his own flair. The end result is a collection of mosques, monuments, and establishments of Islamic tradition, such as that of Mursi Abu El Abbas, located in Alexandria. This mosque, and many other traditional sites, are included in many vacation promotions to Egypt.

It has been said that few of Egypt’s kings paid requisite attention to the minor outlying cities around Egypt; however, the majority of Egyptian cities host a trove of historical monuments. If you are looking for a vacation that takes in the bountiful history and architecture showcasing the early Islamic influence on this country, one that includes visits to the many mosques is sure to please. The Mosque of Mursi Abu El Abbas is a particular favorite among history seekers and is considered one of the country’s best hidden secrets.

This mosque is among the oldest and perhaps one of the most famous. It is located in Alexandria, which is considered by many to be the gem of this region and is visited by several thousands of vacationers every year.

Housed within this mosque is the tomb of Abu El Abbas El Mursi. He was a preacher in Alexandria during the 1200s. He was a key figure of the Islamic religious movement at the time, and at his passing one of Alexandria’s richest tradesmen constructed the mosque in Mursi’s honor.

The mosque has undergone several renovations up to present day. During the 15th and 16th centuries, the Mamluks reconstructed several portions, and added to the original. What is viewable today was built in 1943 under declaration of King Farouq. The mosque features an Andalusian architectural style, much different than other constructions along the Nile which is one of the reason it draws such numbers of visitors. Some tours don’t take tourists inside; however, appreciating the mosque from outside is a treat in itself. The dome decoration and minarets are an exciting spectacle.

On your next vacation to Egypt, ask to have this included as part of your tour.