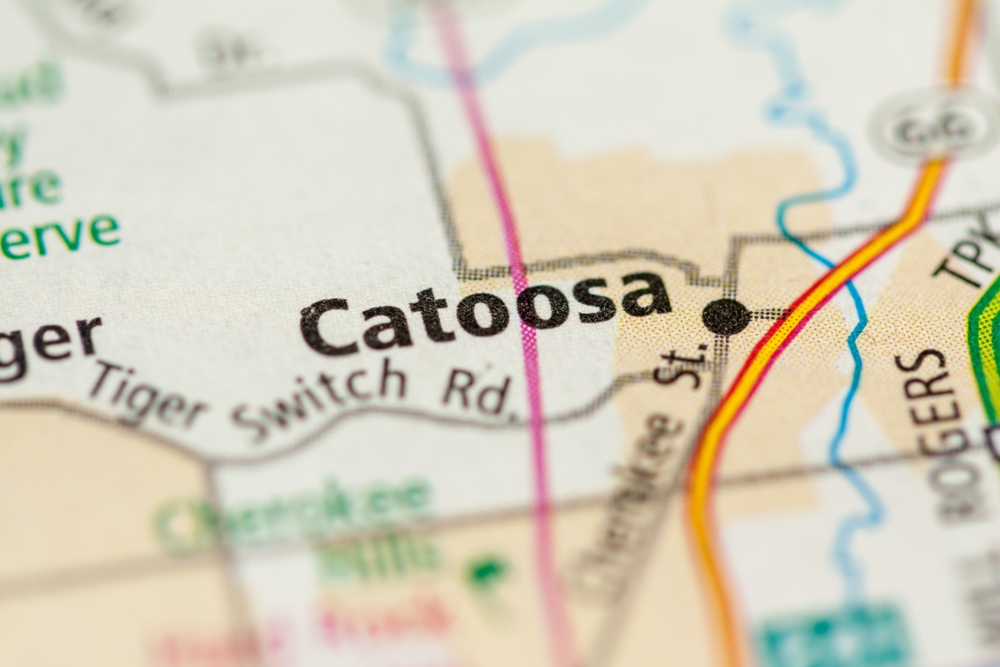 In the early 1970s, Hugh Davis surprised his wife Zelta with a unique anniversary gift: a large blue whale. The 20-foot tall, 80-foot long structure, made mostly from metal, wood, concrete and copper tubing was placed in a pond on the family’s property east of Catoosa, Oklahoma.

The Whale and the pond, which had been a popular swimming spot for family and friends, quickly became a point of interest for locals and travelers. As the popularity grew, Davis created a recreational site by adding tons of sand and creating a picnic area for visitors. The area quickly became a bustling spot for visitors seeking to swim with the “Blue Whale of Catoosa.” Life guards were added to the site and officially became a known roadside attraction.

The site grew in size over the years and became known as “Nature’s Acres.” In addition to the swimming hole and picnic area the site featured Hugh’s brother-in-law, Indian Chief Wolf Robe Hunt. Hunt, a full blooded Acoma Indian, was well-known locally for his paintings and the work he created as a silversmith.

In the late 80s, the park area began to fall into disrepair. The husband and wife were not able to maintain it at a level which they felt was safe for the public so the closed the park to the public. Mr. Davis passed away in 1990 and his wife, for whom the work was originally created, passed in 2001. The attraction is now owned and maintained by the couple’s daughter. With the help of the people of Catoosa money was raised to restore the roadside landmark and to bring it back to its original luster. They also renovated the picnic area so that families can once again visit and enjoy the attraction.

The nature trail section of the park is now on private property and is no longer open for the pubic to view. The Blue Whale is located at 2680 Oklahoma, Route 66, Catoosa, Oklahoma and is open from dawn until dusk each day. More information is available at 918-694-7390. There is no charge to visit.