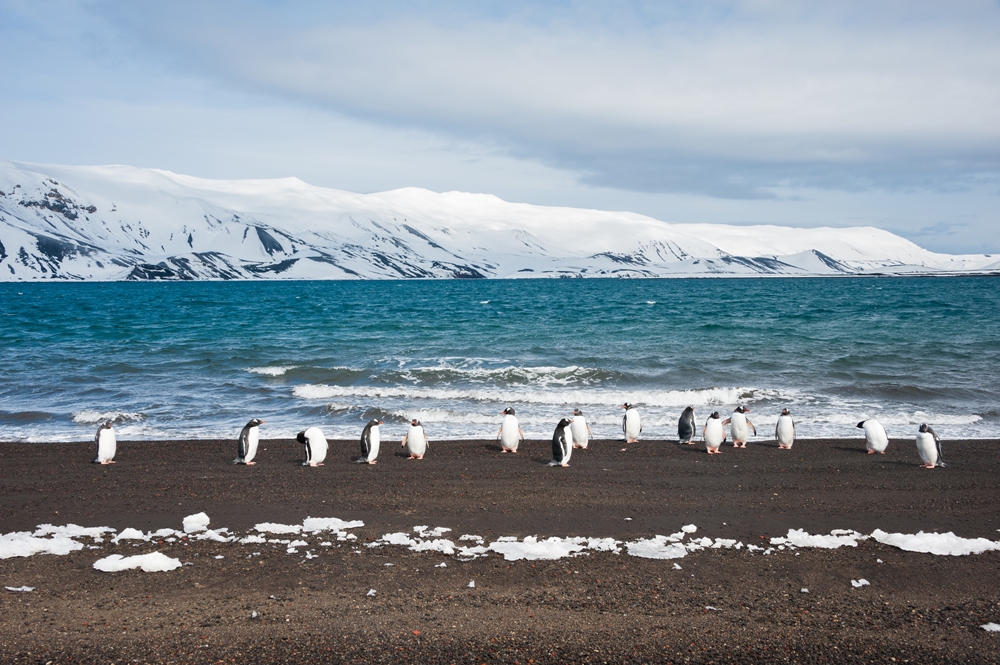 As its name suggests, this is one island that’s not what it appears. Its interior port lies protected by a landmass in the shape of a horseshoe and has afforded safe harbor when sailors have found themselves lost in the sometimes tumultuous seas surrounding the Antarctic Peninsula. Therein lies the deception, as the history of this island is riddled with conflict, pain, and destruction.

In the early 1900s, fishermen established their own base on Deception. They were whalers, and they brought with them a huge fleet of ships to process the whale blubber. Large boilers were used to extract the pricey oil from the carcasses. This continued until the early 1930s, when whale oil began to slump in price, causing the whalers to abandon the station. These tanks and iron boilers still remain on the island, near buildings that were crafted of wood, and have since been gutted by time. Boats remain, rotting on the shore, as well as a cemetery that honors the fishermen who perished during their time on the island.

Many countries have bickered over the rights to Deception Island; for instance, in the 40s and 50s, Britain, Argentina, and Chile all believed the island belonged to them, and squabbled amongst themselves for sovereignty. A German invasion was feared, and because the British knew that Argentina was sympathetic towards the Germans, the Brits took over the whaling station. They erected the British flag, and removed the Argentinian flag. While the Germans never did invade, this takeover did incite the Chileans and the Argentinians to establish their own bases. Eventually, in 1969, several volcanic eruptions forced the British to evacuate and abandon their base.

While Deception Island is located atop an active volcanic site, it is a highly sought after destination among tourists today. It is also used in the summer months for research of a scientific nature by Argentina and Spain. There is a treaty system in place on the Antarctic continent that has kept interactions among various nations civil.

There are many sights to see on this one-of-a-kind island, such as chinstrap penguins in the thousands, and even a rather strange thermal spring on a frozen beach. The black sand on the beaches holds in radiant heat from the thermal pockets below, and gives new meaning to sticking your toes in the sand.