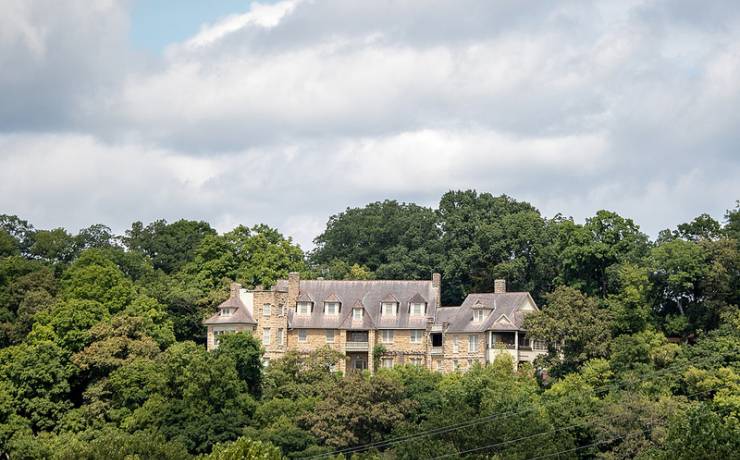 If you have ever complained about the costs of cooling your home on those warm and muggy summer days, it might behoove you to take note of the architectural design of the Bothwell House in Sedalia that was built above a natural cave system that provided energy-free cooling.

The endeavor of John Homer Bothwell, a lawyer from Sedalia, took more than 30 years to accomplish. He built this commanding home at the top of a cliff overlooking the Missouri valley. Originally named Stonyridge Farms, Mr. Bothwell had intended this site to be a luxury getaway for him and his elite friends to be able to kick back in the relaxing nature of the region. The home is a stately 12,000-square-feet with an astonishing 31 rooms. Built in the sturdy architectural style of Craftsman, the home also has medieval influences, like a tower and parapet.

While it provided a luxury that Bothwell was unaware of before construction began, it didn’t take long for architects to discover the three natural cave systems below the home site. Taking advantage of this lucrative find, the builders crafted access portals in the home that went directly into the caves, creating a naturally ambient air cooling system.

Bothwell passed in 1929, and bequeathed his entire estate to a small group consisting of his closest friends and relatives who, during his lifetime, had been affectionately referred to as the Bothwell Lodge Club. The stipulation to this gift was that the club could keep ownership of the grounds and estate as long as at least five of these members were living, and once the number dipped below this, the estate was to be gifted to the state of Missouri. The state of Missouri continues its upkeep and management of the site to this day.

The grounds and lodge are open to visitors year-round. The grounds are available for hiking and biking the trails, while the state offers tours of the grand lodge. The interior reflects the décor of Bothwell’s time, and the cave system below continues to keep the lodge at an ambient temperature year round.