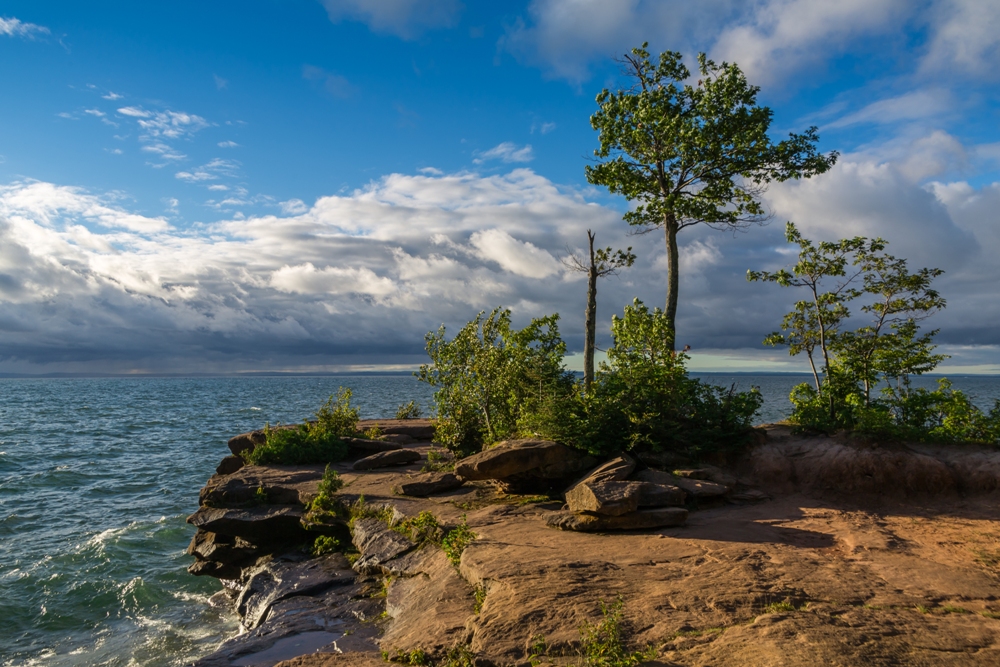 A hike through the islands off the shores of Wisconsin feels like a trek through a wilderness; however, it wasn’t that long ago when various peoples called the Apostle Islands home. People lived and worked here, families were created, children could be seen playing and going to school.

Over time, these peoples and their descendants attempted to make a living on the islands via farming, lumber, quarrying, and fishing. People who have called these islands home include early Native American peoples, pioneering farmers, fishermen, and lighthouse watchers and their families. If you know what you’re looking at, evidence of their lives here is still evident along the landscapes.

In fact, many times, these traces of life are out in the open. The lighthouses and towers, houses, outbuildings and such are known by many and visited frequently. Other sites that are not as frequently visited also offer evidence just as obviously that humans once resided here. There is a looping trail on Basswood Island that juts south from the campground. At the southern tip of the island, you’ll emerge high overlooking the remains of an old quarry. Walls of stone loom high at the boundaries of the pit, and long-silent equipment lies on the floor of the forest, echoing the frenzied work that once took place here.

However, traces of life are not as easy to spot if you’re looking for something dramatic or massive. A low foundation among the treed campsites on Sand Island doesn’t jump out at you. Even if you do happen to come upon it, it won’t strike you as anything remarkable. You’d be surprised to then learn that this foundation is all that remains of a schoolhouse at which the children of the farmers and fishery workers once laughed, played, and learned.

Lake Superior is known for the secrets she keeps, hiding many stories from any eyes that aren’t seeking. The waters surrounding the Apostle Islands could tell countless tales of ships that never arrived at their port. Surely, sailors on those vessels could see the islands, praying in quiet desperation that they would be afforded the chance to kiss the ground once again.

For more information or to schedule a visit, you can visit The Wisconsin State Underwater Archeology Department’s website, or that of the Apostle Islands conservancy.