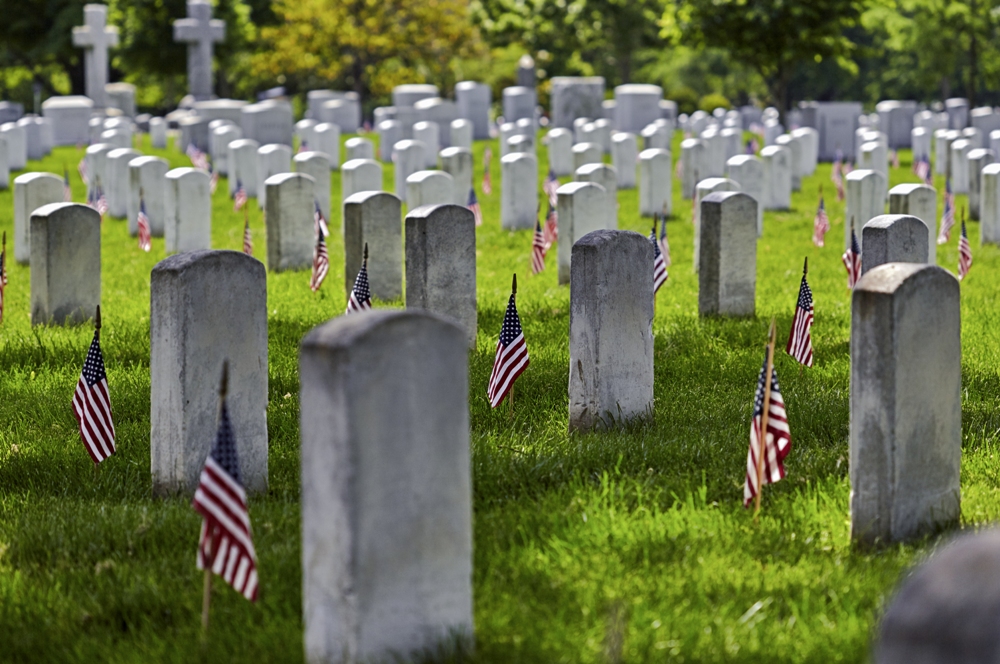 The land on which Arlington National Cemetery now sits was once the land of Martha Washington’s grandson, the step-grandson of the father of the nation, George Washington, Mr. George Washington Parke Custis. It was Custis’ life-long venture to celebrate Washington, and as memorial to the nation’s first president, he built a home on the more than 1000-acre property, Arlington House. On his death, the property was willed to Mary Anna, his daughter, the wife of Robert E. Lee.

When the Civil War tore through the nation in 1861, they left their home at Arlington. Federal troops took over the property to use as a war headquarters. Over the course of the battle, troops constructed several forts to be used in the defense of the nation’s capital. Two years later, Freedman’s Village was established as a means of assisting newly freed slaves in their transition to freedom. In a swift governmental move, because the property still belonged to the Lee family, the government levied property taxes on the family amounting to $92.00, causing the family to lose their home. Arlington House and all of its acreage were then sold at public auction and purchased by the government for just over $25,000. When Mary Anna passed away, her son sued to have the property rightfully restored to the Lee family, and in a true turn of justice, he won his case in the United States’ Supreme Court.

By this time, graves of soldiers fighting for the Union had already been placed on the property. After Lee won the case, he promptly sold the land back to the government at a staggering profit – $150,000.

By the Civil War’s third year, the number of soldiers’ deaths was increasing exponentially and was proving to be an issue. There were simply not enough cemeteries in Washington, D.C. In an effort to meet the demand, several hundred acres of the plantation’s land were slated to be the final resting place for soldiers who had lost their lives. The first such official burial of a United States soldier was in May of 1864 for a soldier from Pennsylvania. By that June, Arlington was declared the national cemetery, now known as Arlington National. By the time the Civil War ended, burials had included both servicemen and freed slaves from Freedman’s Village.